Today was Melissa's birthday! The weather in Auckland mostly cooperated, too.

As usual, we got up extra early for breakfast at the hotel before venturing out for the day's activities. Our destination today was the island sanctuary of Tiritiri Matangi.

We walked from our hotel to the pier and boarded the ferry which would take us to the island. It was overcast and misty, so we were a bit concerned that rain might ruin our fun. However, as we got closer to the island, the sun came out and the clouds started to disappear. 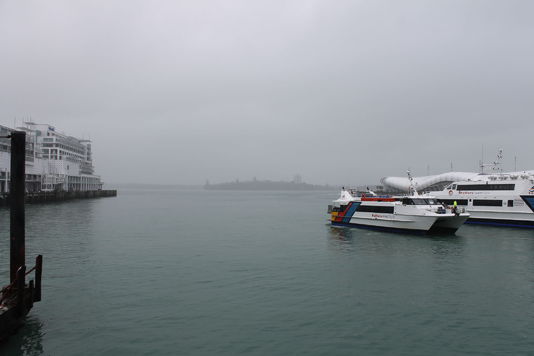 Once on the island we had the choice of going with the main tour group or a smaller, photography focused group. We opted for the second group so I could get some nice photos and enjoy a less crowded experience. 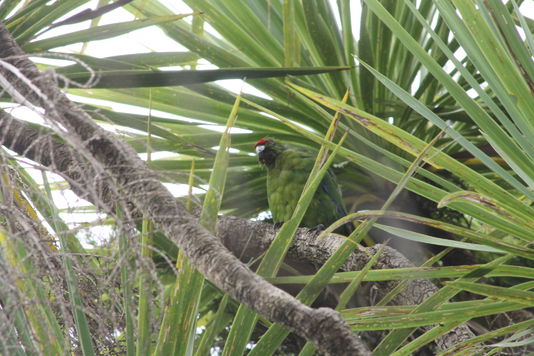 No sooner had I taken a handful of photos when I realized that my camera's memory card was full. I deleted a few photos on the fly in order to make room, but an extra memory card is at the top of my list for camera accessories now!

We made our way towards a lighthouse and saw several types of birds and got some good photo opportunities. It was an easy hike, but took about two hours due to getting sidetracked by various birdcalls. Our guide, Martin, seemed to have a compulsive need to locate any bird that he heard calling nearby. 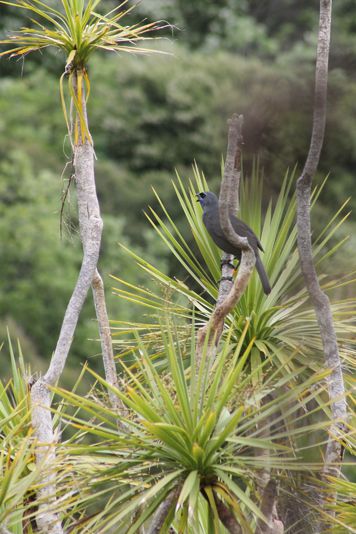 The guided portion of our tour ended at the lighthouse. We lunched and bought magnets at the gift shop.

We took a different path back from the lighthouse to the wharf, stopping by Hobbe's Beach. Near the wharf are Litte Blue Penguin nesting boxes so we were hoping to catch a glimse of them. Sadly, the penguins spend most of their day out at sea and return to their boxes around dusk. 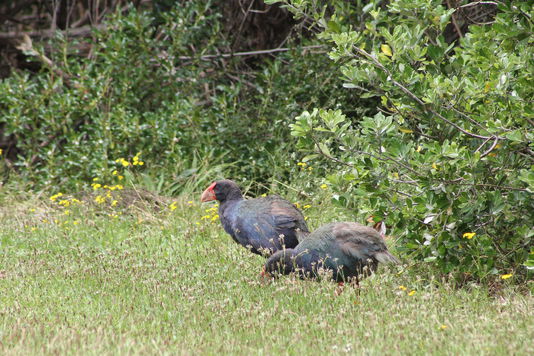 Around 3pm we boarded the ferry back to Auckland. Once ashore, we stopped at a Thai restaurant near the pier. While the food was good, I was appalled to learn that they did not serve Thai Iced Tea. Blasphemy.

Tonight was another early night since we booked a really early tour for the following day.