Today's blog is brought to you by Melissa since Geoff fell asleep immediately upon returning to the hotel.

Today was our first "late" morning day. We had the morning free to roam around Dunedin and so we did! 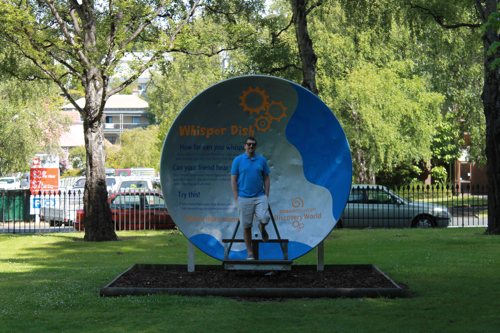 We perused our guide book and saw the Otago Museum was within walking distance so we made a beeline for it after breakfast. Even before entering the door, we were treated to a "Whisper Dish" exhibit, where from Geoff and I whispered to each other from afar. As most museums, we found various exhibits including wildlife, scientific discovery, taxidermy, indigenous life, and even historical artifacts from Egypt and Greece. Our favorite by far was the Tropical Rainforest exhibit. We were lucky enough to get in just as they had first released the butterflies for the day. That was quite a treat! Geoff was easily the butterflies' pick of the day as he had, at one time, six of them just hanging out with him! I had a companion myself for part of the tour, but definitely not as spoiled as Geoff was. I think it was his consolation prize for having to be in 30C, 85% humidity! I told him that's how the Philippines felt iirc. 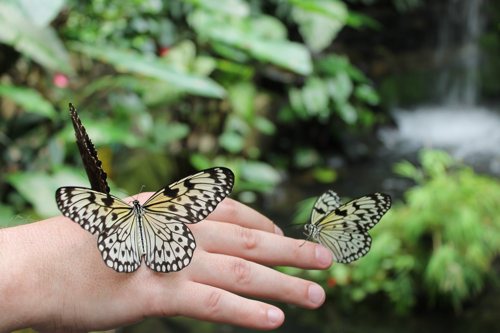 Ravenous at around 1pm, we walked back toward our hotel, on a hunt for lunch. We found a nice cafe overlooking the Octagon centre, where Geoff had a pulled pork sammy on rye and I had a Norwegian Benedict. To walk off our lunch, we walked through an outside crafters' market, which normally happens on Fridays. It was serendipitous that they were here on a Monday as we were able to find some nice goods! 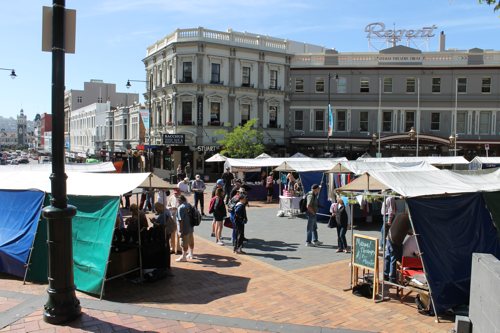 Happy with our purchases, we headed back to our hotel to get ready for our only scheduled activity today - wildlife tour on Otago Peninsula. Our tour started with some bird-watching, complete with binoculars. We waited a bit to see an albatross, but we're not disappointed when we spotted one. 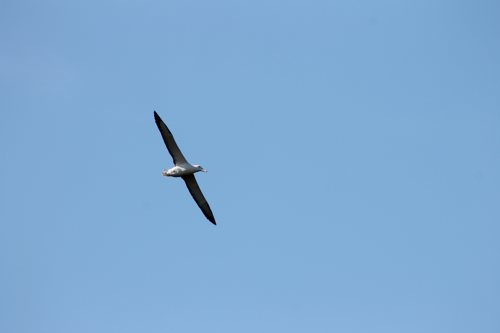 Around 6ish, we headed toward the edge of the world, as we drove through farms filled with sheep, paradise birds, and black swans. After a kilometer hike, we arrived at the beach, hid behind a shed, and waited... for PENGUINS! We were not disappointed!!! We saw the yellow-eyed penguins, coming up the shore, looking duck-like swimming ashore. Then they made their way toward the mountain, where they had their nests. They waddled fairly close to us, and some bravely (or naively) close to a resting sea lion. Not only that, we saw a cute couple kissing each other for a while! That is until they got rudely interrupted by another obviously oblivious penguin. We also saw a New Zealand exclusive: penguins and sheep coexisting. Going towards their nests, we spied a mum feeding her chick. On the way back, we also spied a sleeping blue penguin in her nest! Boy was she tiny! 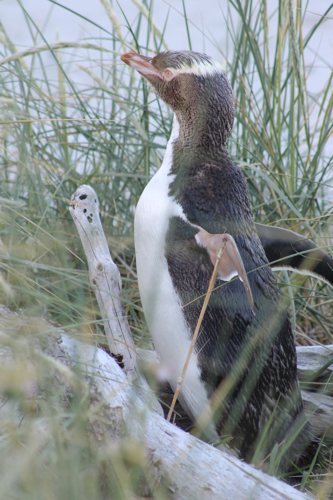 We hiked a shorter but steeper path to see the fur seals. They were cute, but not as cute as the penguins! 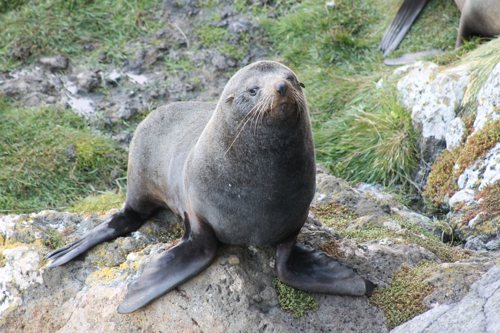 Our tour ended quite late, around half past 9, so Geoff and I decided to order in. He had some Butter Chicken and I had some lovely Tofu Steak. We are so tired but were so happy to get so close to the penguins! 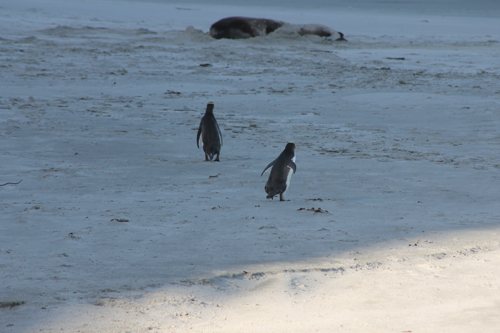 Tomorrow, we go to the Castle!