This is our last full day in New Zealand. In what seems to be the consistent theme, we had to get up early to get breakfast before our tour started at 7:30am. Today took a bus tour from Auckland to Waitomo Caves and the Hobbiton movie set.

A shuttle picked us up from the hotel and took us to the bus station. We later learned that the station was one block from our hotel and we could have walked there more quickly. It took nearly three hours to reach Waitomo. The driver kept us entertained with historical facts about the various locations as we passed them, which helped.

Waitomo caves is an underground cave system with a river running through. The caves are home to glowworms which live on the ceilings. After a short tour through the caves, we got on a small boat and floated through the pitch dark caves with only the glowworms illumunated. It was spectacular! Unfortunately, photos were not allowed but we did purchase the souvenier photo along with other trinkets.

Upon exiting the caves, we had a buffet lunch outside. To be honest, it wasn't the best and the plates were a little gross and dirty. It was food, however, and better than eating on bus, I suppose. Oh, except for the birds trying to steal our food the entire time.

After lunch it was back to the bus for another hour and a half to Hobbiton. Zzz. 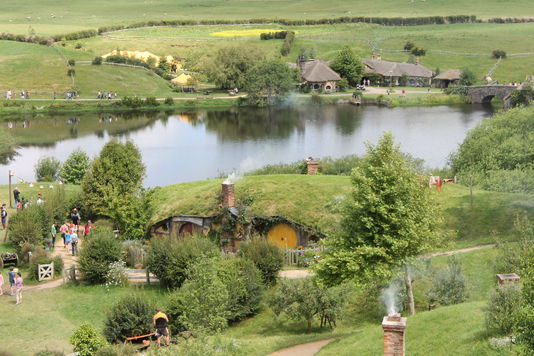 Hobbiton, as you can imagine, is a pretty popular place so the tours a pretty tightly controlled. Aside from feeling a bit like herded cattle, the tour was a lot of fun. With the exception of a couple hobbit holes, none of the door open to more than two meters of space. All the indoor scenes were shot in Wellington. 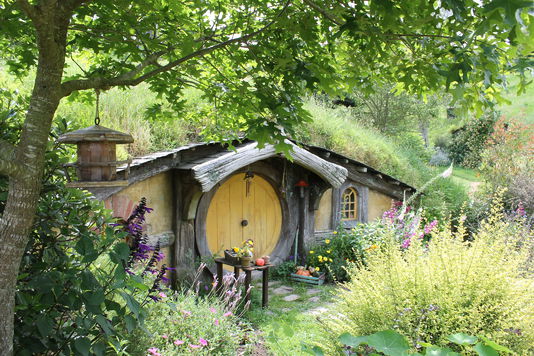 We made our way past various landmarks from the movies, including the garden, the party grounds, Sam's house, and Bag End (Bilbo's house). 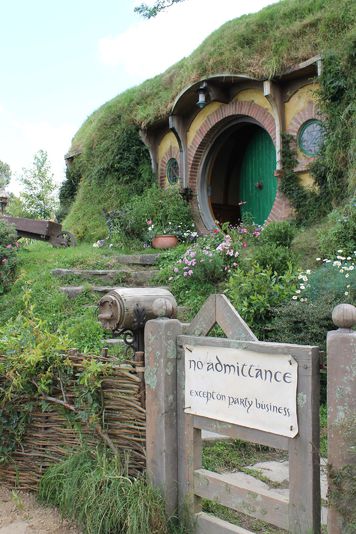 Our tour ended at the Green Dragon Inn where we were treated to our choice of the various Hobbit beers. 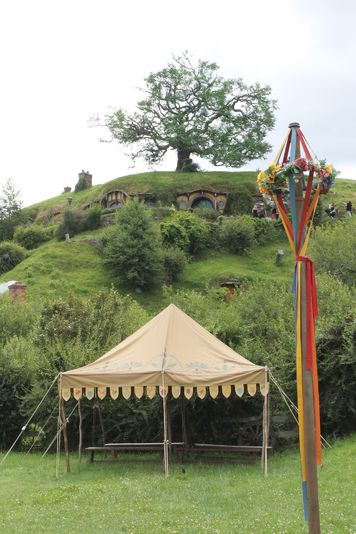 You'll never guess what happened next. We got back. on. the. bus. Two and a half more hours back to Auckland. I lost quite a few hands of Solitaire on that ride. 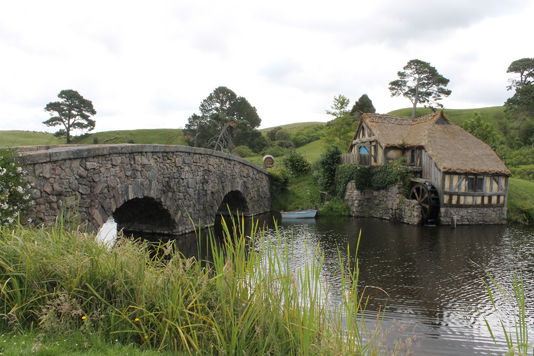 Back at the hotel and exhausted, we ordered in and went to sleep.