Today was all about some infrastructure and playing with the core mechanics.

I ported over some sprite font rendering and put in the game's core flow: Title => Play => Game Over => Repeat. The goal is to keep the game in an end-to-end playable state, and continually add content/mechanics to flesh out the experience. 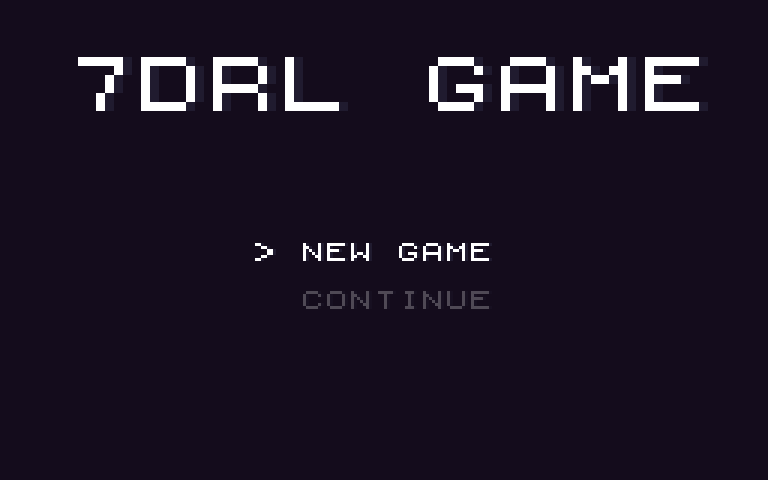 I experimented with a couple core mechanics: permadeath and "hunger" (e.g. movement costs a resource). Instead of "hunger", the player has a "life force" resource (indicated by the purple hourglass).

As a skeleton, the player does not consume the life force resource when moving around the map. When the player picks up this purple elixir, they are restored to their human form and granted a chunk of life force. 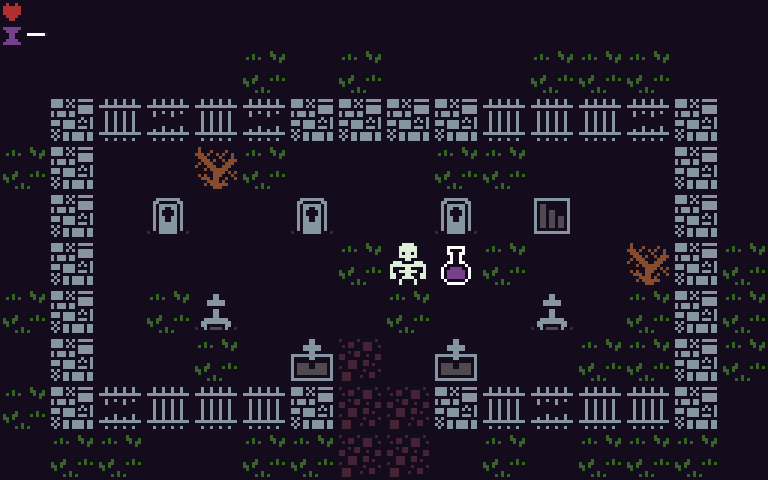 As a human, each step costs you life force. When your life force reaches 0, you take damage for every step. (Your human body is deteriorating.)

When you die as human, either by running out of life force or being killed in combat, you revert back into a skeleton. Of course, if you die as a skeleton, that's game over. 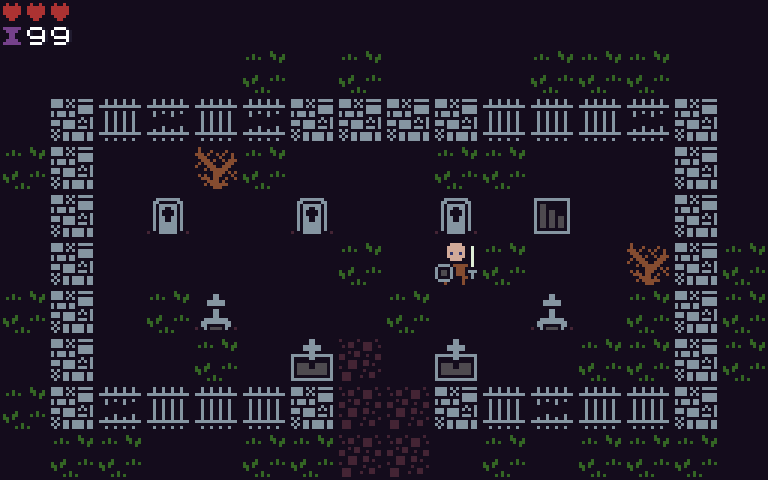 I spent a little bit of time on the level generation, adding in some Zombie monsters and spawning them around the map. The Zombies are pretty dumb, and only wander around randomly, but provide at least some hazard for the player to overcome. 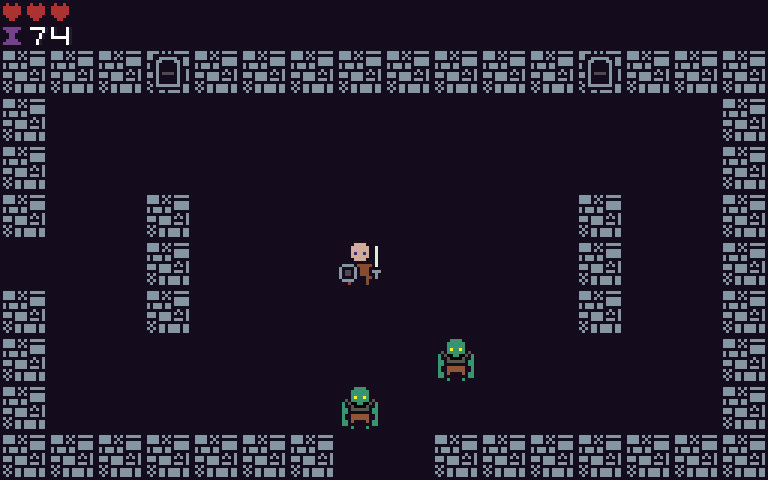 Back on the infrastructure side, I pushed the game to itch.io and set up a quick and easy deploy script so I can "move fast and break things". :)

Give the current prototype a whirl. I'll be pushing new (and hopefully unbroken) builds throughout the week.